No 4 – MACQUARIE RIVER WAS ONCE MUCH WIDER

Taken around 1910 this early tinted postcard shows the Macquarie River much wider than it is today. The steel Denison Bridge, the second bridge to be constructed after the first timber bridge was washed a way, can be seen in the background

The river was called 'Wambool' by local aborigines and was a great food source for them. When Surveyor Evans discovered it he named it the Macquarie River after the man who had despatched him westwards after the crossing of the Blue Mountains by Blaxland, Wentworth and Lawson.

The river caused many problems for early residents when there was no bridge as it could rise some 24 feet during flooding. One of the first crossing points or ford was on Stephens Street (now Stephens Lane) which was originally part of James Blackman's land grant of 1818.

One early Bathurst resident, Mrs Agnes Busby, wife of Dr Busby, recalled that "a blackfellow threw across the steam a boomerang, to which was attached a string. This was the guide to a rope, and soon a washing tub was being pulled across, the (bread and meat) contractor steadying it by a rope fixed to its side.  This original cable punt crossed the water several times, till the whole of the bread and meat supply was safely landed.  A similar method was frequently resorted to in the transmission of mails".

The first ideas for a bridge were suggested from 1820s. In 1835 the Government Gazette announced that a bridge was to proceed but the Government had inadequate funds. In the mid 1840s Henry Ginn was despatched to Bathurst find a suitable site for a bridge. At first a stone bridge was suggested at a proposed cost of £6,500. Tired of Government inaction locals formed the Bathurst Suspension Bridge Company in 1854. Their bridge could cost up to £10,000.

This must have spurred on the colonial Government and a five-arch timber bridge, designed by William Weaver, commenced early in 1855. It cost £11,000 and was opened by Sir William Denison, hence the name. In 1862 Government proposed a toll on the bridge but the idea lapsed for a while.

Then five years later in June 1867 this first timber bridge was washed away. The Government wasted little time and had a new iron bridge built about 100 yards downstream from first bridge by P.N. Russell and Co, of Sydney. Completed in 1870 it consisted of 3 iron spans of 111 feet each. 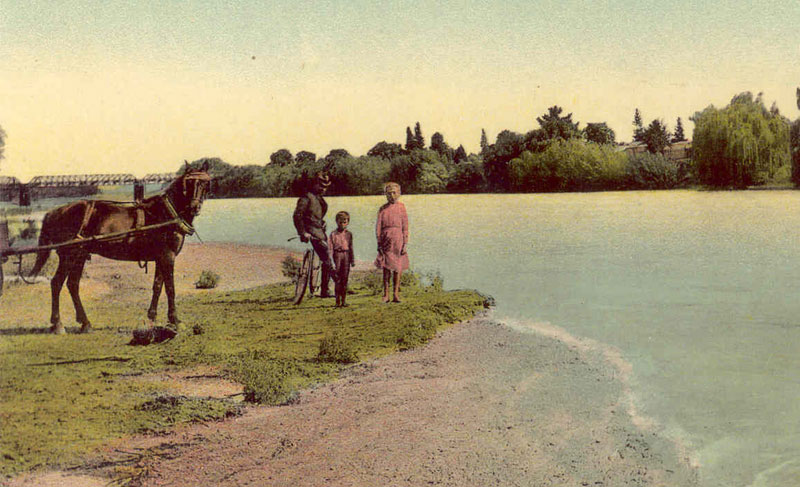