The east wing of the Bathurst Court House seen here was once one of the Post Offices for Bathurst. The east wing was built in 1877 though this photo was taken in 1928. Upstairs was the Postmaster's residence where he lived with his wife and family. Initially when the wing was constructed the second storey did not have the verandah, this was added later.

It was Governor Darling who responded to increasing complaints in the mid 1820s when he considered the proposal to establish an Inland Post with seven 'country post offices each with a Deputy Post Master in charge'. Thus the Bathurst Post Office opened in March, 1828, with Mr. A. Macleod temporarily employed until the Clerk to the Bench of Magistrates, Mr. John Liscombe, took over.

The postal service took place just once a week with the Mounted Police carrying mail from Penrith. From 1832 our Post Office was open seven days a week, with an hour off on Sunday to attend Divine Service.

William Thompson Snr succeeded Liscombe as Bathurst's postmaster in 1836. In 1863, William's son, W.G. Thompson, was employed as an assistant. The Post Office was then located further down Russell Street. When this building was complete it was opened by the Postmaster-General of New South Wales. It had modern gas lighting and cost the N.S.W. Government over £7,000 to complete.

By 1883 a number of private letter boxes had been installed at the Post Office. Letter carriers (the name used for postmen then) had been increased to three by 1886. They did two mail deliveries a day to street addresses and street mail boxes. By 1900 adult Postal Officers at Bathurst were paid £78 5s 6d per annum.

The outside wall of the Post Office at this time was covered in posters, information sheets and postal pricelists informing residents of postal charges for local, state, interstate and overseas rates, money order days, pension days and telegraph charges. Local phonecalls cost one penny. Towards the entrance is a set of public weighing scales which allowed the general public to weigh themselves by inserting a penny and these scales are now in the Bathurst Museum now within the building. 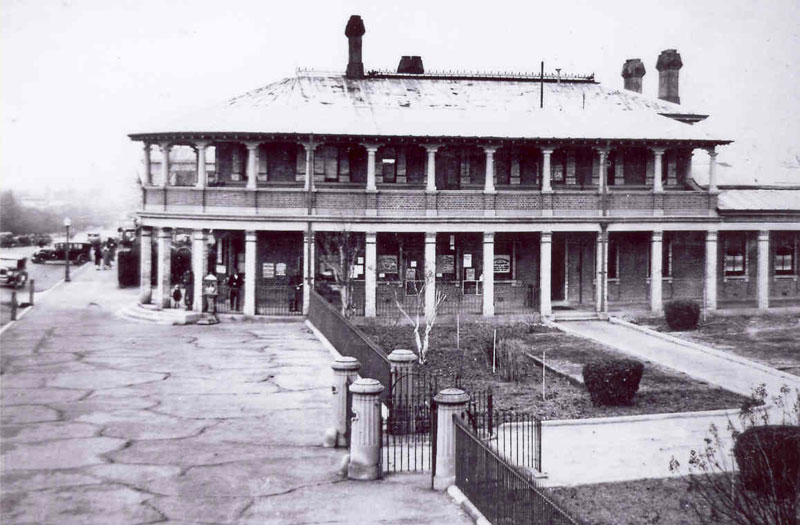