Bathurst's second hospital is seen here in this hand-tinted postcard taken by Mr. H.C. Beavis, a Bathurst photographer. They were taken for J.R. & A. Jones' stationery store of William Street. The postcard was posted from Bathurst at 9am on 7th August, 1905, to Miss H. Hardcastle of Oatley Bay in Sydney. The writer had just received a telegram from a Mrs Martin informing her of her brother's death.

The first hospital at Bathurst, albeit a 'Government convict' hospital, was constructed in the 1820s.  Bathurst was fortunate to have a 'hospital' from those early times simply because Bathurst was a convict settlement. Later, changes in Government policy saw the old hospital become the Bathurst District Hospital in August 1842.

The old timber hospital, out buildings, vegetable garden and horse yards were located on land at the corner of Howick and Bentinck Street (where the old Dairy Farmers buildings are today.) The colonial authorities in England obviously wanted the N.S.W. colony to pay the expenses and running costs of any such institution, or at least dramatically reduce it.

A local committee was quickly established with Reverend Woodward as Secretary and they decided to employ Dr. Busby to overseer the hospital. He had originally been appointed as an Assistant Colonial Surgeon in 1826 at the age of 28. By the age of 30 he had been put in charge of the Convict Hospital at Bathurst. The old convict hospital building always suffered from problems such as troublesome dampness and termites.

Obviously a new hospital was needed and this began to happen when Richard Young Cousins, who had been the first Mayor of Bathurst, became President of the Hospital Board in 1870. His proposal idea was to be approved in 1873 and three years after a Hospital Building Committee was formed.

An architect from Sydney, Mr. Boles, had his plans for the new hospital accepted in February 1878. Seven months later building commenced in Howick Street and then, ironically, the old wooden convict hospital completely burnt down some three months later in December. A temporary hospital was soon located in a large dwelling in Durham Street until our hospital above was completed at a cost £12,000. 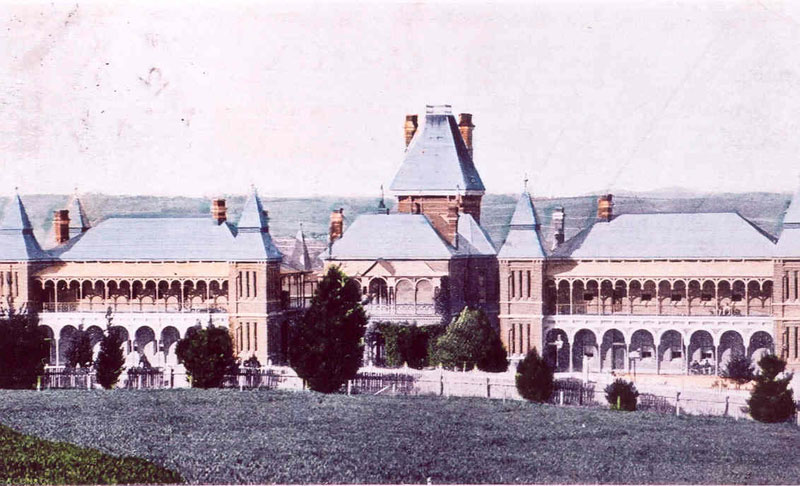